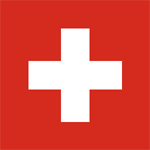 Browse all Switzerland newspapers, magazines and news sites for the latest breaking news, top stories, analysis, and many more.

One of the most widely circulated Swiss newspapers based in Zurich.

National daily newspaper based in Zurich.

Based in Lucerne Neue Luzerner Zeitung is one of the most popular newspapers in Switzerland. Regional editions published in Zug, Uri, Obwalden, Nidwalden, Schwyz.

One of most widely distributed regional newspaper published in the canton of Berne, Switzerland.

Daily newspaper based in Biel/Bienne, Switzerland. The newspaper published in German language by Gassmann AG.

Headlines
Jobs
Magazines
Newspapers
USA Newspapers
Copyright © 2021 Spilled News
We use cookies to ensure that we give you the best experience on our website. If you continue to use this site we will assume that you are happy with it.Ok
×Close