The Walking Dead has released the first proper look at the Whisperers in action ahead of the show’s return, and we’re getting chills. 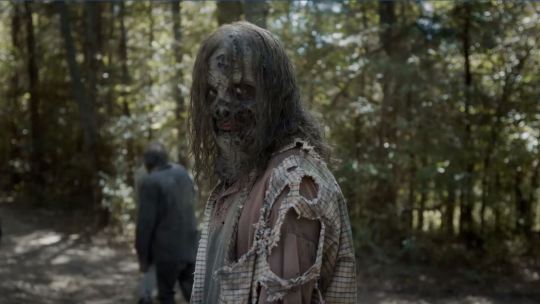 In the quick teaser clip, the group of survivors – who use the rotted flesh of others to pose as Walkers and move around, are seen gathering in front of their leaders, Alpha and Beta.

Alpha, played by Samantha Morton, then holds her fingers to her lips in command, and basically, our team of survivors better watch out because that does not look like a good sign. The all too brief appearance comes as the show gets ready to return to our screen in just a few weeks’ time.

Continuing with the time jump, the Whisperers and the Survivors will meet for the first time. We’ve already been warned by cast members that Alpha in particular is one of the scariest characters to ever be seen on TV.

While Alpha is the no-holds-barred brains of the operation, Beta is the twisted and calculated brawn who makes sure Alpha’s whims are seen too – and he never removes his mask.

Nadia Hilker, who plays survivor Magna in the show, warned that viewers are in for something truly horrifying when the characters finally come to life on the show. 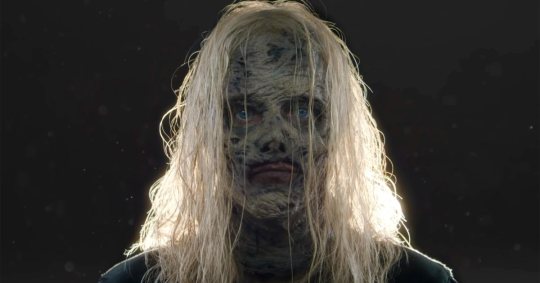 She told us: ‘When [Samantha Morton] goes into character you just want to leave. You want to run away as fast as you can and as far away as you can. ‘There’s something about her, there’s a button. She just becomes a very different person and her energy – you feel like you can’t breathe and that’s very powerful.

‘But at the same time she’s the nicest, smartest, sweetest person on the planet, so even more so I’m impressed by her acting skills and how you can transform so fast into something so different. She’s fantastic.’ Asked if the Whisperers will change the dynamic of the show, Nadia said: ‘I can’t really say much, but it definitely feels like a new show within the show. A lot of changing dynamics. I’m really excited for everyone to see what’s going to happen.’

Job sites and recruitment agencies in the US