The keeping Up with the Kardashian star, Rob Kardashian has flooded his instagram wall with series of derogatory post about Blac Chyna, the mother of his child Dream.

Chyna claims Rob beat her up and then tried intimidating her to stay quiet or else she’d incur the wrath of the Kardashian family.

Just 2 weeks ago it looked like they got back together, but now it’s off the hinges. Rob claims his baby mama sent him a pic of her v*gina Tuesday — as if to entice him — and then hooked up with a rapper named Ferrari.

TMZ reports that Ferrari has been open about his fling with Chyna, so it sounds like Rob isn’t dreaming this up. What’s more … Ferrari says he’s been hooking up with Chyna for several months, which overlaps with the time she reconciled with Rob.

We’re told the trigger for the war is all over Chyna and Ferrari.

Rob is now going wild, threatening Chyna that he’ll block her from even seeing their child … allegedly because she’s doing drugs.

More messages from just one of the men Chyna been fu*king in the bed that we lay in with our baby under the roof that I pay for. But this one dude she fu*king who reached out to me asking me to help him make money or he gonna expose Chyna. Bro nobody cares about Chyna like that and everyone has had her. Including u and me lol. She crazy —- his page is @ferraritru3 CHYNA STOP HAVING YOUR BROKE BOYS HITTING ME AND TRYING TO LINK TO GET MONEY, Rob Kardashian wrote. 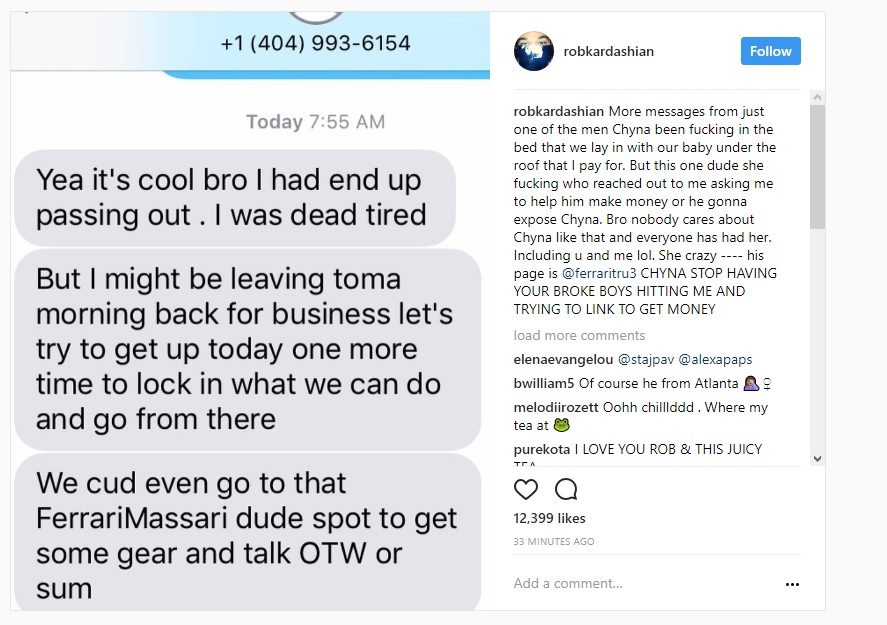 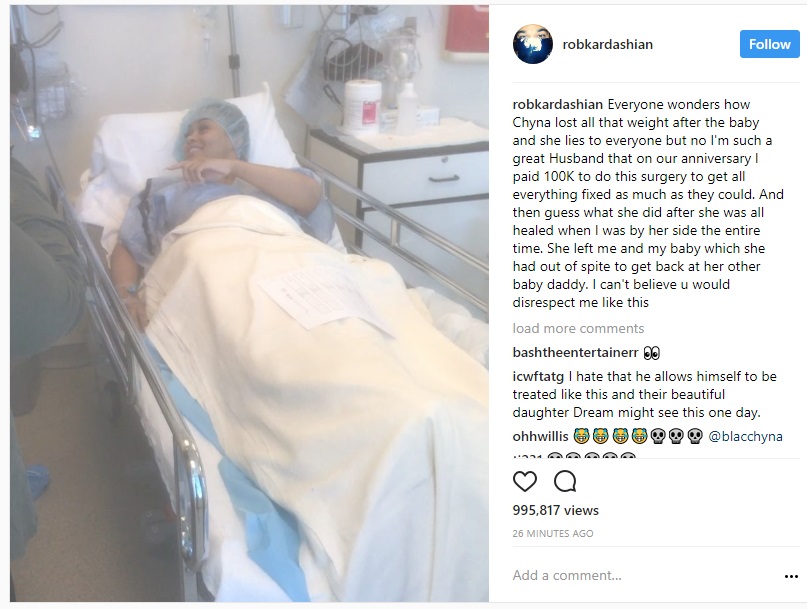 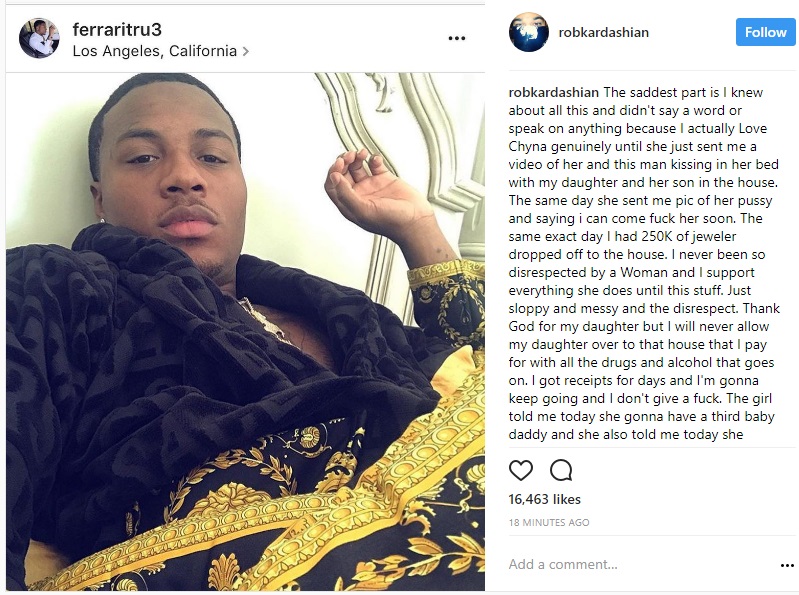 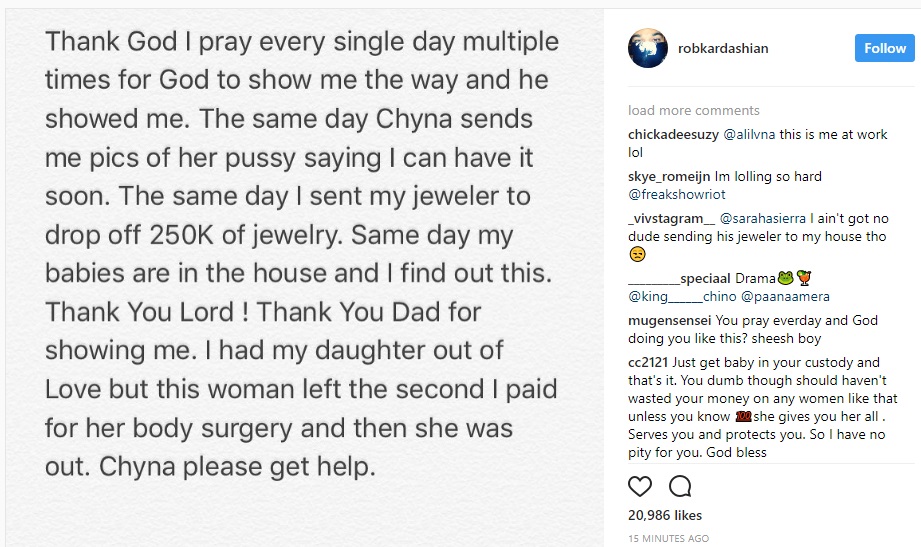 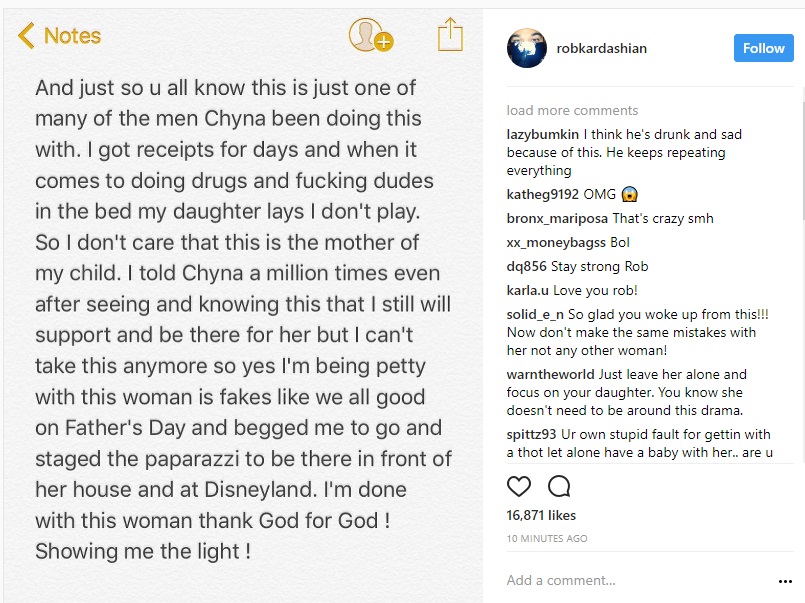 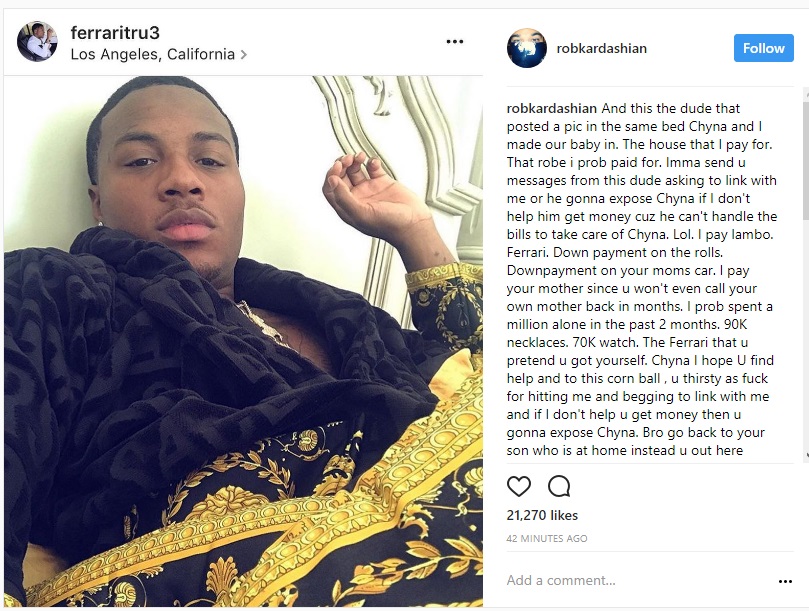 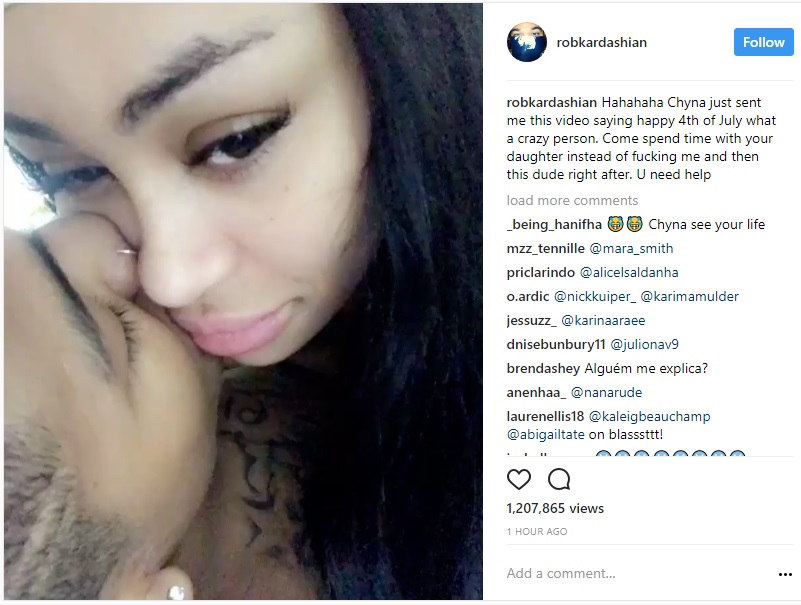 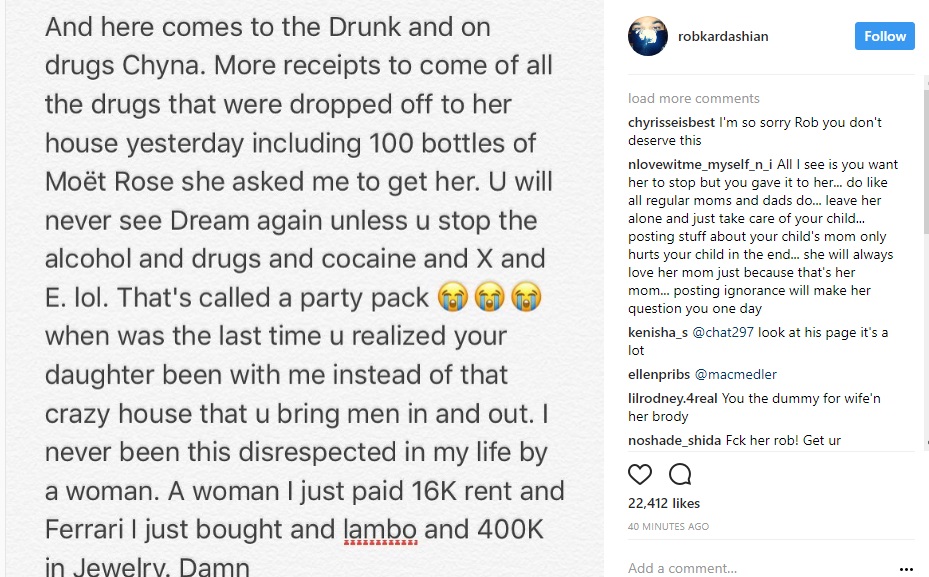