How much will you be willing to splurge on a pair of Michael Jordan’s basketball shoes? Most likely not $560,000 right?

Well, a pair of autographed Air Jordan trainers worn by the NBA legend has sold for that amount at Sotheby’s auction house.

This whooping amount is an all-time record for basketball shoes. 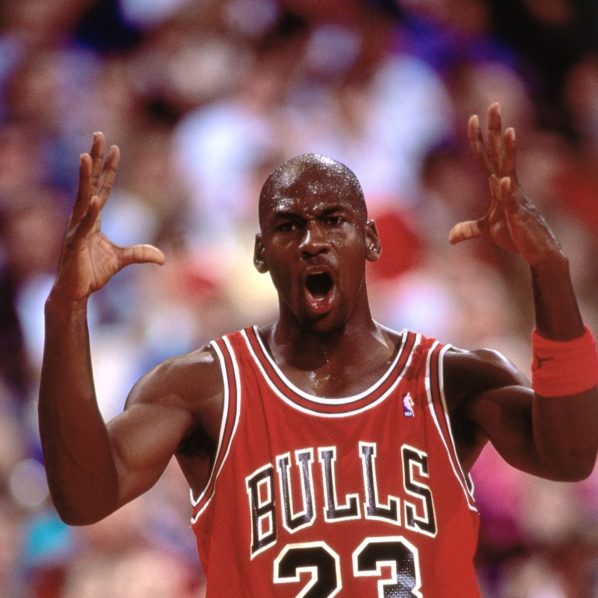 The shoes were initially expected to sell between $100,000 to $150,000 in the online auction but the first-ever signature sneakers sold much higher yesterday.

The first-ever signature sneakers, they were expected to fetch between $100,000 to $150,000 in the online auction, which closed on Sunday.

The autographed Air Jordan 1s were designed for Jordan – star of Netflix documentary ‘The Last Dance’ – during his rookie season with the Chicago Bulls in 1985.

The Last Dance chronicles Jordan’s career, with much of the series dedicated to his final season with the Bulls in 1997/98.

This is not the first time that Sotheby is setting records with its records as it is known for selling multimillion-dollar art. Last year Sotheby held its first auction dedicated entirely to sneakers and had then set a world record of $437,500 for a pair of 1972 Nike running shoes known as the “Moon Shoe.”

Like most of Jordan’s basketball shoes, they are a mismatched pair in a size 13 (left) and size 13.5 (right). The shoes were sold by collector Jordan Geller, the founder of the sneaker museum Shoezeum in Las Vegas.

The auction coincided with the 35th anniversary of the Air Jordan brand and the screening of the 10-part ESPN documentary “The Last Dance” about the Chicago Bulls and Jordan.

Thanks to “The Last Dance”, a 10-part TV documentary that debuted on ESPN in March and April 2020, Michael Jordan is getting more attention from sports lovers including the younger generation who didn’t know how much of a legend he was.

Jordan’s oldest daughter, Jasmine has been watching the show and in an interview with Associated Press, she admitted that she is learning some new things about her father and she has been calling her him to corroborate some of the stories.

Jordan has an estimated networth of $2.1billion (£1.6billion), according to Business Insider and is regarded by many as the greatest basketball player of all time.

Although the sports star has retired almost 20 years ago, he is still very much in demand when it comes to off-court appeal.

David Falk who is the former agent to the former Chicago Bulls star has revealed that he brought Jordan a $100 million deal some years back but the NBA legend turned it down.

Forbes reports that Jordan’s salary earnings during his player career came to $90 million.

In 1998 Jordan won his and the Bulls’ sixth NBA championship, the NBA Finals MVP for the sixth time and his fifth NBA Most Valuable Player award, before announcing his retirement from the game.