— ‘America’s Got Talent‘ Judges fight on live tv
— Mel B didn’t take kindly to the crack and tossed the contents of her cup at Simon Cowell even before he got the punchline out.

The former Spice Girl,Melanie “Mel B” Brown threw her drink at her fellow “America’s Got Talent” judge,Simon Cowell Tuesday after he made a joke about her wedding night. 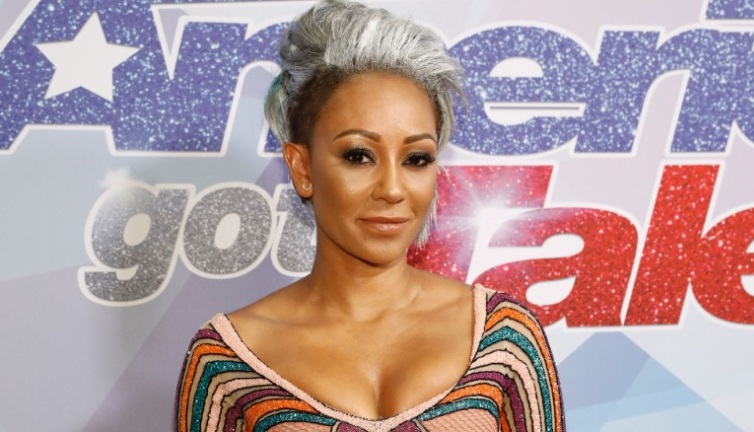 On any other night, this would be the craziest thing to happen on #AGT. pic.twitter.com/toWPVW65Sx

The trick didn’t come off, leaving host Tyra Banks to explain that there had been a technical issue that was not Aditya’s fault.

“I kind of imagine this would be like Mel B’s wedding night,” Cowell joked. “A lot of anticipation, not much promise or delivery.”

She then walked off the set.

“Mel B is out,” Banks told the audience. “This is live TV, y’all.”
The show’s official Twitter account tweeted that Brown had left the building.

It’s not the first time Brown has doused Cowell.

“He should know, if you say something inappropriate he’s gonna get like stuff thrown at him,” she told “Entertainment Tonight” afterward. “In a friendly way. I made sure there was no ice in it this time.”

Brown who is currently going through a contentious divorce with her husband of 10 years, Stephen Belafonte. returned during the commercial break.
“I told him he was an a**hole and that was it and he goes, ‘Oh, whatever,'” Brown told ET.

Heartbroken Mel B left with just £800 after her ‘abusive’ ex-husband Stephen Belafonte seized control of £80m fortune, according to The SUN

55 Successful and Richest School Drop Out in the World

#AGT: “I don’t want people to vote for me based on my story” says Kechi Okwuchi