— Kim Kardashian has stepped in to blame the media for ‘demonising’ her husband, KANYE WEST.

KANYE West fired his manager and lawyers, declared his love for Trump and fielded emergency phone calls from Kim K over his weird tweets.

The rapper has been ranting wildly on Twitter — including several pro-Trump tweets — following reports that he abruptly fired his manager Scooter Braun.

Beginning Tuesday and extending into Wednesday afternoon, the rapper tweeted nearly constantly about everything from his Yeezy fashion line to Coachella and his daughter, North. In the afternoon, he took the time to send some love to his “brother” Donald Trump and Hillary Clinton.

You don’t have to agree with trump but the mob can’t make me not love him. We are both dragon energy. He is my brother. I love everyone. I don’t agree with everything anyone does. That’s what makes us individuals. And we have the right to independent thought.

If your friend jumps off the bridge you don’t have to do the same. Ye being Ye is a fight for you to be you. For people In my life the idea of Trump is pretty much a 50 50 split but I don’t tell a Hillary supporter not to support Hillary
I love Hillary too.

The love seems mutual as Trump tweeted back at the rapper, “Thank you Kanye, very cool!”

But it didn’t take long for West’s wife, Kim Kardashian, to chime in and require her husband to clarify a few things about his political tweets.

my wife just called me and she wanted me to make this clear to everyone. I don’t agree with everything Trump does. I don’t agree 100% with anyone but myself.

She also went on a rant of her own defending her husband’s tweets.

To the media trying to demonize my husband let me just say this… your commentary on Kanye being erratic & his tweets being disturbing is actually scary. So quick to label him as having mental health issues for just being himself when he has always been expressive is not fair

Yesterday it was announced that Kanye had parted ways with some business people and media outlets made this about Kanye’s mental health. Rather than just a simple business decision. So I’m glad he tweeted about the state of his company and all of the exciting things happening

He’s a free thinker, is that not allowed in America? Because some of his ideas differ from yours you have to throw in the mental health card? That’s just not fair. He’s actually out of the sunken place when he’s being himself which is very expressive

Many of West’s tweets seemed disconnected or nonsensical and some focused on slamming recent media coverage that claims those close to West are concerned for his health.

Those claims may be #fakenews, however, as they’re not backed up by West’s own Twitter page, which shows his follower count holding steady at over 27 million.

The news of Braun’s firing comes a few days after Ebro Darden, of Hot 97’s “Ebro in the Morning,” claimed West told him during a wideranging interview, “Nobody really showed love for me when I was addicted to opioids and in the hospital.”

He wrote Wednesday: “there’s been a lot of fake news so I just wanted to give you the facts. Yeezy will become the biggest apparel company in human history by working with the most genius level talents and creating product at an affordable price. I hired the head of supply chain from the Gap.”

He also tweeted about his rumoured presidential ambitions.

“Harvey Levin of TMZ your hearing from your future president. Let’s be friends. Please never use the word erratic to describe a person who is economically and psychologically empowered.”

He also acknowledged that he fired Braun writing, “I can’t be managed.”

I no longer have a manager. I can’t be managed

He added: “yes I got rid of my last lawyer why? Because he wouldn’t come to work full time. I also asked my last manager to come work full time for Yeezy of course the last lawyer and manager said no. So now I hired a CEO and a CFO and I have two full time lawyers as of now.”

West abruptly fired A-list manager Braun, who also reps Ariana Grande and Justin Beiber. According to Page Six, West has recently also fired other members of his “inner circle” following his big announcement of five new albums, a philosophy book and hinting a possible presidential run with a tweet that simply read, “2024.”

Sources in the industry told Page Six they are “very worried for Yeezy’s mental health” and worry that he could be on the verge of “another episode.”

In the midst of West’s bizarre Twitter rant, it was also reported that the “Famous” rapper has had “explosive fights” with his mother-in-law, Kim Kardashian’s mom Kris Jenner. But the momager quickly shot down the rumours and did some tweeting of her own.

On Tuesday, Jenner retweeted a People magazine article that claimed she and Kanye were in the middle of spat and said, “Lies, Lies, Lies.”

She further defended her son-in-law and retweeted another article, which alleged the Kanye has been “on edge” and “difficult to deal with” and said, “Nope … not true!”

The rapper also tweeted at People and warned them about tweeting his name and said, “People magazine. Watch how you speak my name. You would love a pair of Yeezys. Don’t play yourself.”

People magazine. Watch how you speak my name. You would love a pair of Yeezys. Don’t play yourself.

West’s current actions on Twitter are reminiscent of his behaviour back in November 2016 when the performer was forced to cancel 21 tour dates after suffering a “nervous breakdown.” During the time of his break down, the singer was said to be hospitalised for exhaustion which was triggered by the anniversary of his mother’s death on top of stress from trying to balance a tour, an album and his fashion line. 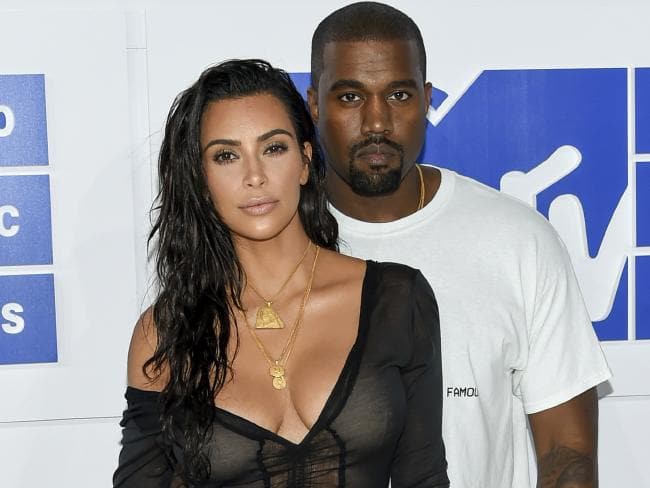 The claim from Darden that the hospitalisation stemmed from a drug addiction is new.

But one source told People that Kanye’s current mood wasn’t anything to worry about and blamed his “genius” personality for his controversial behaviour.

“I think a lot of that stuff is Kanye,” the source said. “He’s always been like that. Kanye’s definitely the most genius and eccentric and erratic person I’ve ever had the pleasure of knowing.” Credit: news.com.au