This is what they call the SWEETEST plot-twist ever; after so many days, weeks and even months a guy summoned courage to send a note to his crush.

One guy from California finally decided to send a note to his crush. So that it doesn’t seem creepy, he offered her a cup of coffee and asked to text him if only she did not have a boyfriend. Seeing the sweet note, he got a reply, but not from the girl.

The Twitter user @Dan_TheGreat who goes by the name of Danny on the microblogging site, gave a handwritten note to the girl, along with coffee. “You are one of the most beautiful girls I’ve ever seen. Text me (xxxx) [Unless you have a boyfriend],” read the note. And if the boyfriend part was not sweet already, he clarified why he handed over a drink: “P.S: Not sure if you even like this drink but I couldn’t walk up to you in your class just to hand you a note :)” 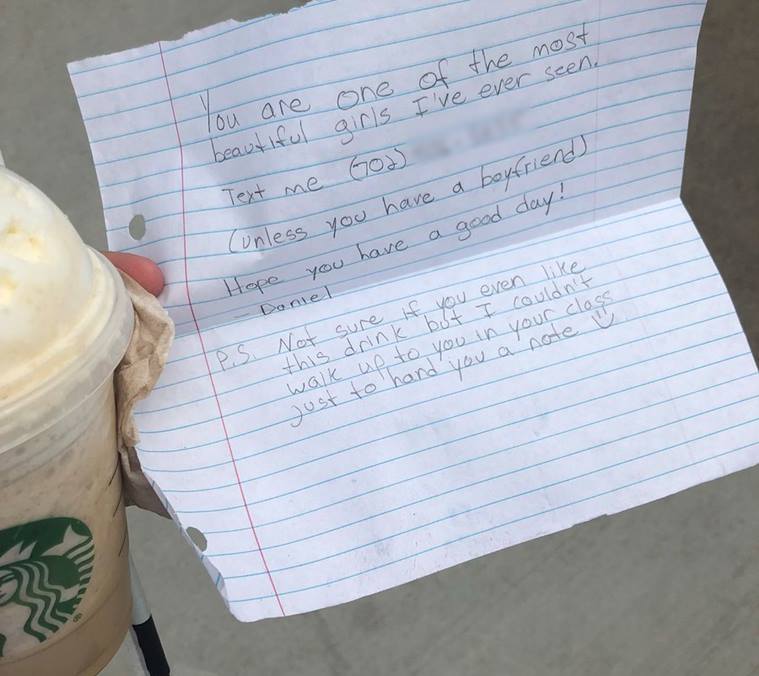 The sweet note and gesture that a few called ‘chivalrous’ on the site surely won many hearts online. And in case you are wondering what was the girl’s response, well, it turns out she has a boyfriend. But finding his note so adorable, the boyfriend texted him back and Tweeple couldn’t handle so much cuteness rather ‘bro-love’. 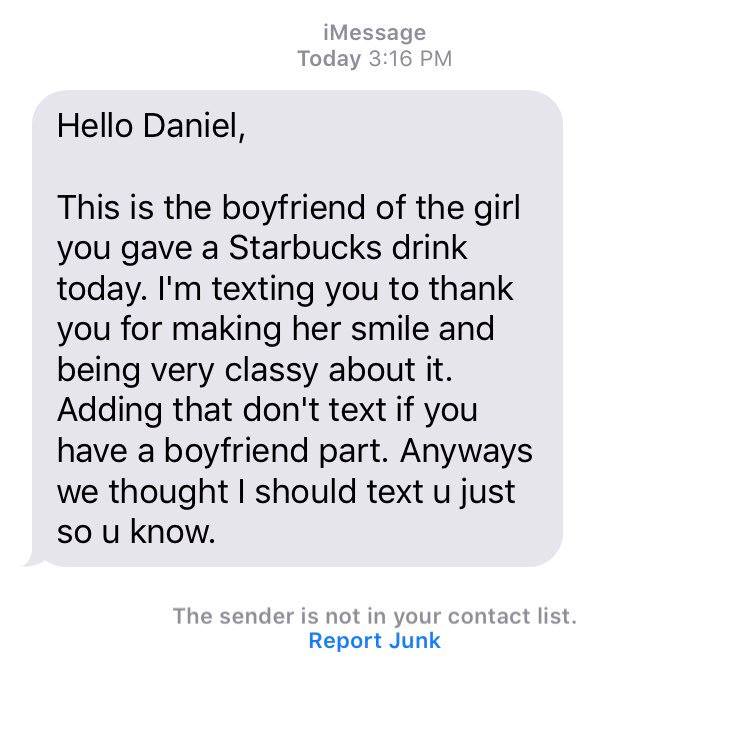 Danny aka Daniel posted the letter and the text message online and it is going viral with over 1.5K Reply,  74K  Retweet and 375K Like , at the time of writing.

Walked into a class of 200 to give this to a girl and got this text I’m dead 😂 pic.twitter.com/llux2PHLBu

And as expected people, who wouldn’t have enough of this story, couldn’t stop from responding — some praising the bromance while others coming up with ‘plot-twists’.

So that’s where I’ve been messing up welp thanks Dannyboy I have the final piece of the puzzle 💪 pic.twitter.com/8ZvQJRAG4w

Did you reply to the bf? They seemed to be a nice couple & I applaud your polite approach 👏

Dude the fact that she was approached by a good man and the fact she already has a good man and they both were able to speak about this on a mature level is what amazes me most this could of went in another route from the BF .. but he took the situation like a man bravo to both

Plot twist: the boyfriend got so touched he started falling in love with the guy. He left his girlfriend for him and told him he loves him. And they lived happily ever after. The end.

Woah y’all both handled that so well. Like even his text was nice and civil. Bravo dudes 👏👏👏

It’s kool homie 😂😂 at least you got that text back. I tried that no luck should’ve bought her Starbucks 😭 pic.twitter.com/E9jLlupvnn

How true kings communicate. We not fighting over girls in 2018. 😤👌

Lets have a moment of silence for our fallen comrade pic.twitter.com/3LJVhaNwf5

Chivalry is alive and well! 🤷🏻‍♂️

Barcelona Griezmann May Miss Season Finale Due To Thigh Injury

I used to open doors for politicians in my father’s house — billionaire, Arthur Eze