Rapper Drake has released the tracklist for his forthcoming album ‘Scorpion‘.

The album which is set to be released on Friday, 29th of June, is said to be a double album and will have an RnB side and a rap side.

Drake released the tracklist on his Instagram page and it consists of 25 songs; 12 on the A side and 13 on the B side. 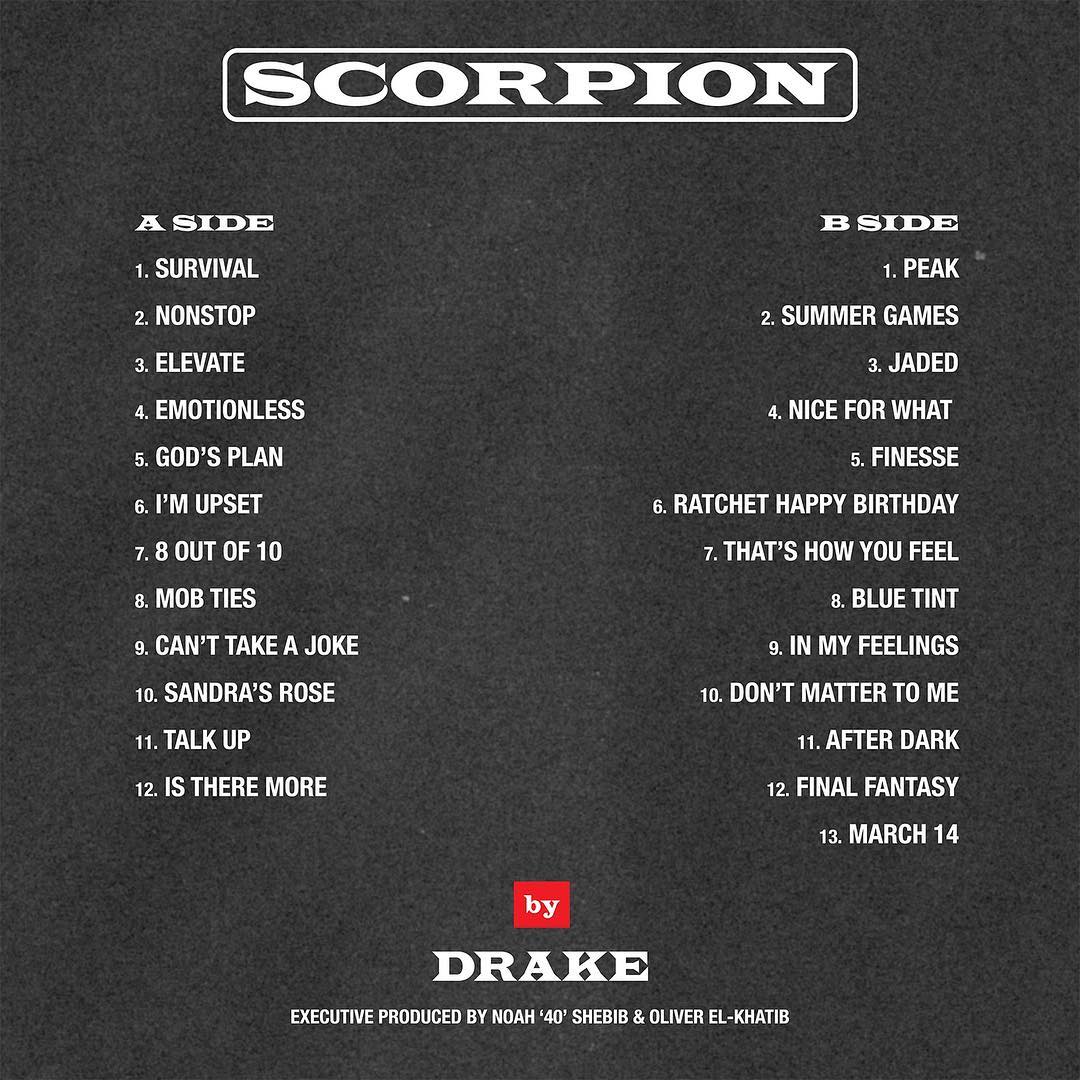