Bitcoin’s tumble worsened over the weekend, putting the 2018 crash within striking distance of the cryptocurrency’s worst bear markets.

The virtual currency, conceived just over a decade ago, fell as low as $3,475 on Sunday, Bitstamp prices show. It was trading at $4,033 as of 7:40 a.m. in London, according to Bloomberg composite pricing. That’s 5.3 percent below its level at 5 p.m. New York time on Friday, and about 79 percent below its closing peak in December. 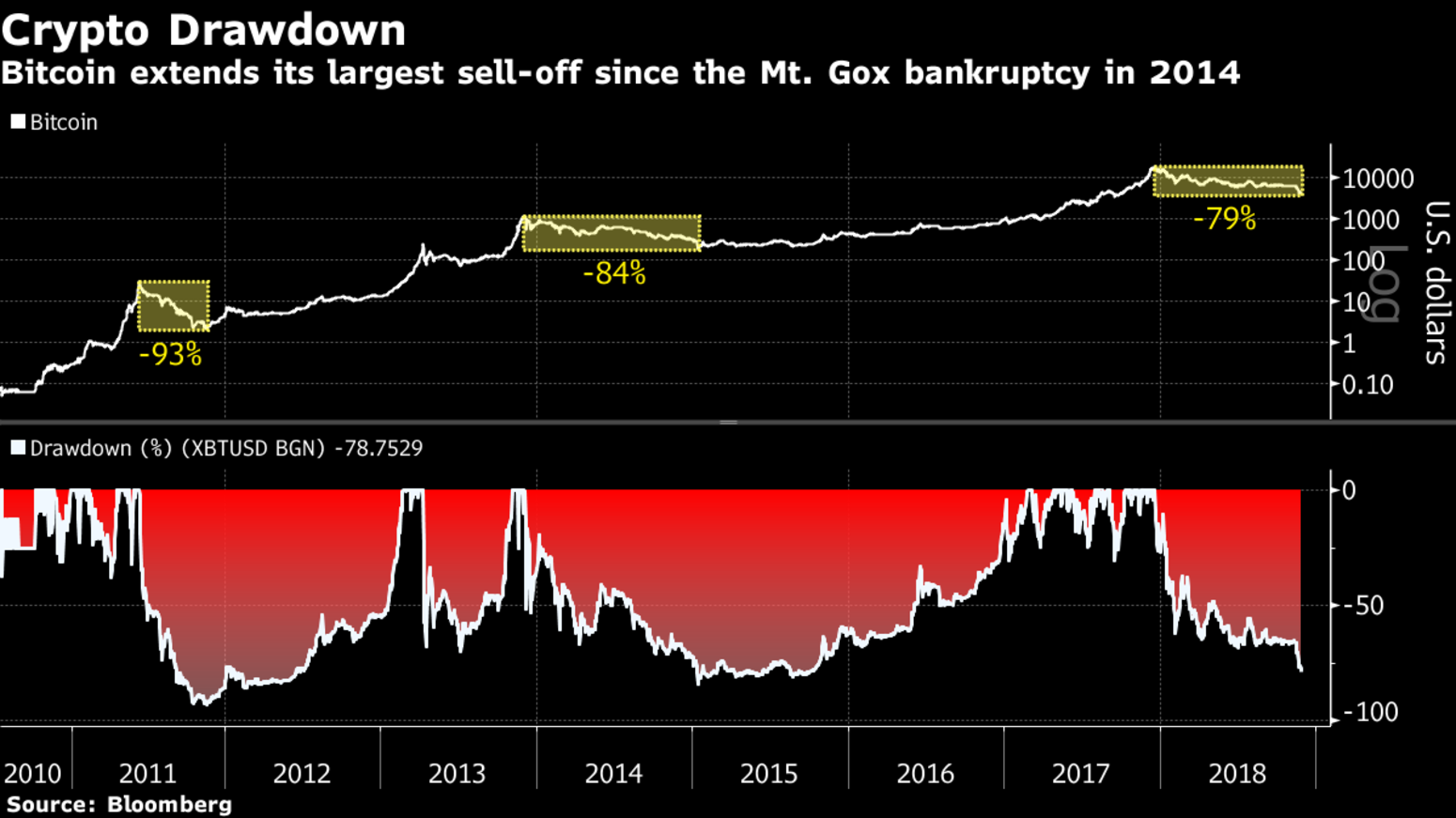 The crash, which also ensnared rival coins like Ether and XRP, has now entered the same league as Bitcoin’s 93 percent plunge in 2011 and its 84 percent rout from 2013 to 2015, during the collapse of Tokyo-based crypto exchange Mt. Gox. In dollar terms, the damage has been even bigger this time around: Virtual currencies tracked by CoinMarketCap.com have lost more than $700 billion of value since the market peaked.

While bulls are betting that demand from institutional investors will spark a rally, most big money managers have stayed on the sidelines amid concerns over exchange security, market manipulation and regulatory risk.

The sell-off is “really testing the faith of a few key players,” Ryan Rabaglia, Hong Kong-based head trader at OSL, a cryptocurrency dealing firm, said in a phone interview. “I do think for this next push, we are going to need that institutional money to come in finally. To lend that support and help with growth.”