A babysitter murdered a baby boy, brought him to McDonalds, then handed him back to his mother and pretended he was just sleeping, police say.

Babysitter, Marissa Tietsort is accused of battering a two month-old baby boy to death before dressing him up to look as if he was sleeping, then handing him back to his mom.

Marissa Tietsort, 28, reportedly bundled two month-old Benson Xiong into a snowsuit after killing him, put him in a car seat and pulled his hat down over his eyes, before heading to the fast food giant with her boyfriend for some food. 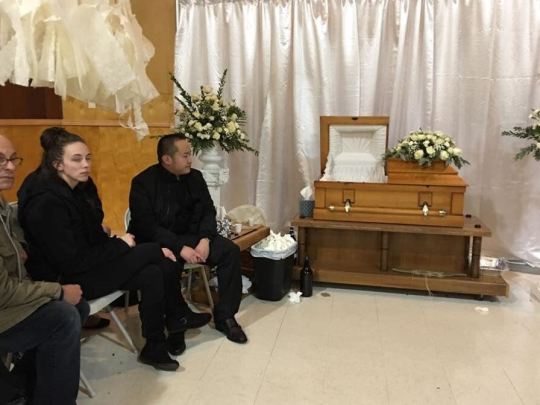 When the youngster’s frantic mother Heather Gardner discovered what had happened while at a laundromat, she dialed 911, with EMTs responding to find the stricken woman desperately trying to revive him.

A report filed described their arrival described the scene, saying the baby had ‘ashen skin tone, his jaw was clenched and his lips were blue.’ The devastated mother’s sister texted Tietsort to say ‘You killed my sister’s baby’ soon after detectives arrived on the scene.

According to the Wausau Daily Herald, the child was found to have suffered ‘multiple impacts to the head’, with his tailbone also found to have been ‘fractured, broken off and displaced.’

Tietsort was charged with first-degree murder Friday, two and a half months after allegedly killing the child at her home in Wausau, Wisconsin on October 18.

She reportedly texted the dead baby’s mom two hours after the woman dropped him off a ther house flagging up a local newspaper story about her being charged with child abuse.

Tietsort told the woman that she was not supposed to have contact with children, and warned her not to tell anyone that she was caring for her sons, it is claimed. 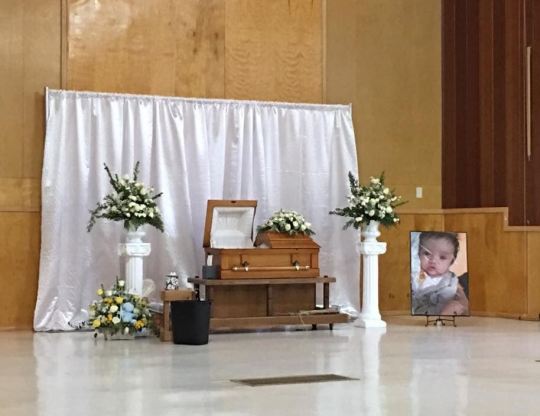 The alleged killer, who is pregnant with her sixth child, faces separate child abuse charges over her alleged treatment of an 11 month-girl during summer 2018.

Tietsort is said to have told police that she didn’t kill the baby, although she reportedly conceded knowing that he had died.

She is said to have brought the lifeless infant with her to McDonald’s later that evening with her boyfriend, handed him to his mom, then went for a swim. Tietsort in jail in lieu of $500,000 bond is due back in court January 18.