— A Plastic surgeon  is accused of performing the botched face procedures

Dozens of plastic surgery patients are suing the same doctor after being left with gigantic swollen faces. 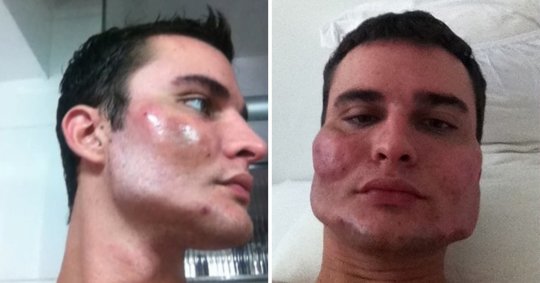 Dr Wesley Murakami is accused of permanently disfiguring some 40 people by injecting excessive and illegal amounts of filler into their skin.

The patients said they paid thousands of pounds for the treatment after Dr Murakami promised it would improve their looks and clear up acne scars. 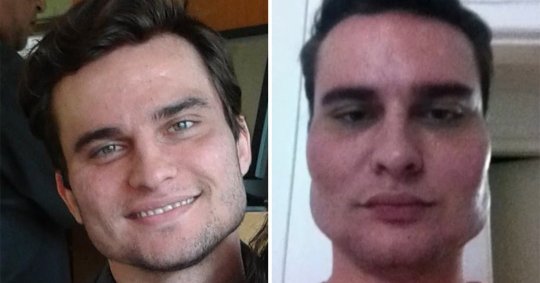 The dangerous filler is not used on patients in the UK

He has only recently mustered the courage to look at himself in the mirror after years of hiding from his reflection. 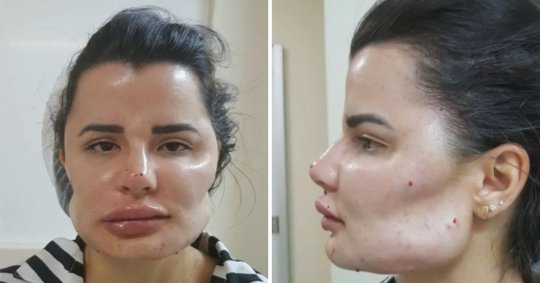 In 2014, he decided to treat some acne scars with facial bioplasty and said he was promised amazing results. 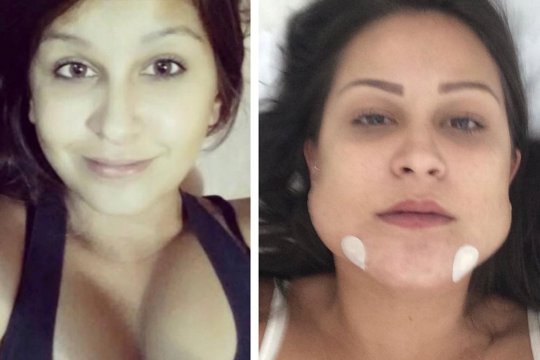 Mr Garzon recalled: ‘Dr Wesley told me I was going to look really good and all the pimple marks on my face would disappear.’

He admitted he didn’t look into the procedure thoroughly beforehand, but said: ‘At no point did he explain to me that it was irreversible.

I thought it was like Botox and would gradually come out over time. ‘When I saw the result in the mirror I was horrified.

My face was gigantic and you can see in the photos.

‘He said the swelling would go down quickly, but it stayed like this for months.’ A teacher, 28, who wanted to remain anonymous, said she sought Dr Murakami’s help to reduce some blemishes.

She came close to taking her own life from the trauma of losing her looks. ‘My face was distorted,’ she said. ‘I was ashamed to go to into school and the stress of teaching caused my face to swell even more. 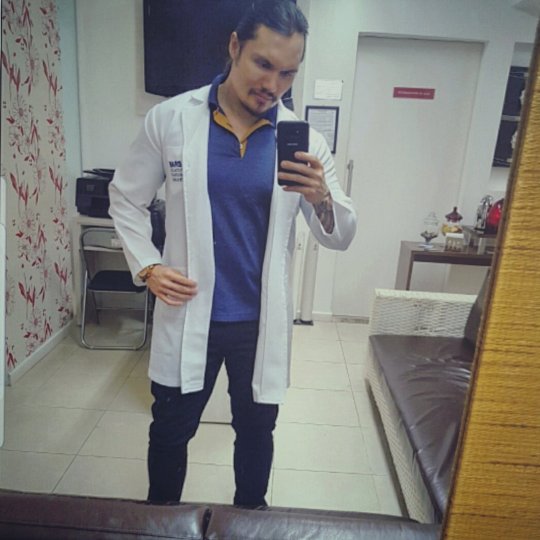 Dr Wesley Murakami is being sued by 40 patients‘I would cover my face with my hair and people looked at me strangely because I would always be looking down when I had to speak.’

Another patient, who also didn’t want to be named, said she hated the shape of her ‘weak’ chin and believed she could make it stronger with filler.

She claims Dr Murakami persuaded her to treat her whole face. ‘I went in to fill my chin and left with a face full of PMMA,’ she said. ‘By the time he finished my face was bleeding, it was painful all over and badly swollen.’

According to Brazil’s Medical Council, the use of Metacryl, a synthetic resin known in the industry as PMMA, should only be injected by doctors within prescribed limits of five millilitres.

Dr Sérgio Conceição, of the Brazilian Society of Plastic Surgery (SBCP) in Goiás, revealed that Dr Murakami does not appear to have the specialist qualifications to practice and does not belong to the professional body.

He said: ‘Although it seems like a simple, risk-free procedure, what we have seen in our clinics is patients coming to us with complications resulting from practitioners who are not specialists. ‘This product is not an absorbable substance and causes an inflammatory reaction. It is imperative to stress that people should never do these procedures with those who are not specialists.’

Coronavirus: ‘I did not want to take the disease to Africa,’ says first African to contract the virus in China