‘People often say to me that keeping these sorts of pets is dangerous, that I should watch out because one day the snakes might start sizing me up, or the leeches might bleed me dry.

Ariane Khomjani, is a therapist from Walnut Creek, California, USA, who uses an unusual method of therapy to improve his health. He owns various exotic animals which include four eight-feet anacondas, a carnivorous centipede, and three giant leeches.

The 22-year-old lets the pet leeches suck on his blood every month and says it has done wonders for his wellbeing.

Placing the three predatory worms he calls his ‘children’ on his arm, Ariane watches them grow up to 15 inches long, as they gorge on his blood – knowing they are capable of drinking 10 times their own body weight. 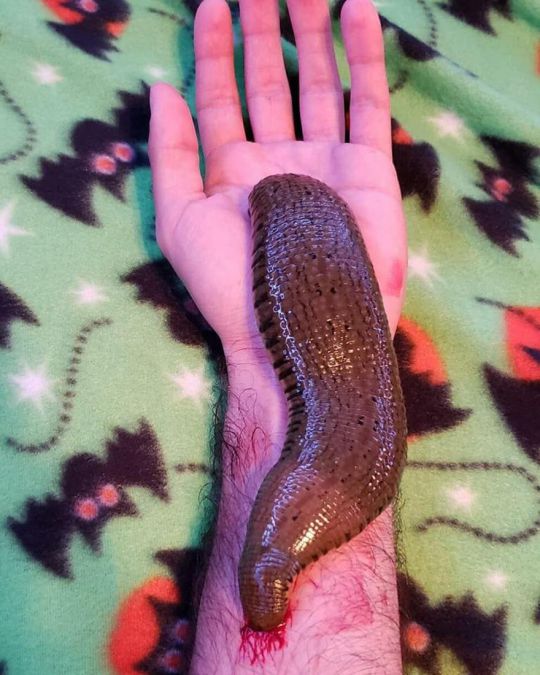 Ariane lets them out of the small aquarium in his home and plays with the Asian buffalo leeches and says letting them suck your blood increases your lifespan. ‘People are only scared of what they don’t understand,’ he said.

‘In fact, there are so many medicinal uses to leech feeding that we in the West are now only starting to realise.

‘Having leeches suck your blood can help with circulation, arthritis, complexion and even extend your lifespan. ‘I play a lot of tennis and if ever I have any soreness in my arms, I put a leech on and the pain goes away – it’s incredible.’

Keeping various smaller reptiles and insects, like snakes, scorpions, and lizards at his parents’ house throughout his teens, Ariane had an avid interest in zoology since childhood. 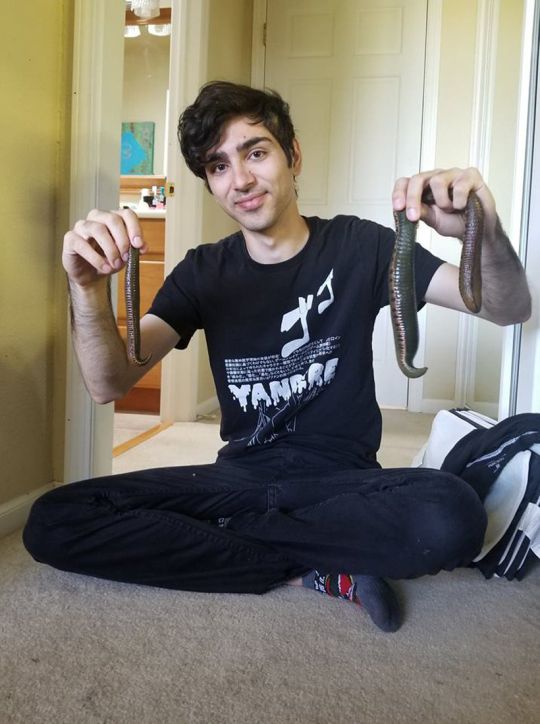 As a youngster, Ariane even went to educational sideshows around his home state, where collectors would show off their pets. His love for exotic animals grew when he saw a YouTube video of a giant buffalo leech sucking a man’s blood.

Ariane then decided to get some of his own from a dealer in Holland who he paid $60 (£45) a piece. He soon began feeding them with his own blood, to make them grow as fast as possible.

‘I’ve tried all sorts of places on my legs and arms,’ he added. ‘The initial bite, when they are attaching themselves to you, can hurt.

It feels a bit like thousands of tiny needles pricking your skin. But once they’re on, it feels fine and there’s a very relieving sensation to it.’

Ariane typically allows his leeches to suck up a pint of his blood – roughly a tenth of the amount held within an average person’s body – at each meal time. As they feed, he watches them inflate like water balloons, growing by up to 15 inches, when they are full.

‘People often say to me that keeping these sorts of pets is dangerous, that I should watch out because one day the snakes might start sizing me up, or the leeches might bleed me dry. ‘But once they become comfortable with you, they’re not dangerous at all. ‘I’ve raised them all since they were small enough to wrap around my little finger and they mean a lot to me, like they are my kids.’

Coronavirus: ‘I did not want to take the disease to Africa,’ says first African to contract the virus in China