— The Kardashians/Jenners Vs The Wests Face-off in Family Feud

The Kardashians, Jenners and Wests headed on down to the set of Celebrity Family Feud on Saturday for a very special taping of the beloved game show, featuring The Wests versus the Kardashian/Jenners.

Kim Kardashian and Kanye West vs. Khloe and Kendall Jenner sounds like a face-off in the fashion world, but instead … it’s all about game show pride!!! 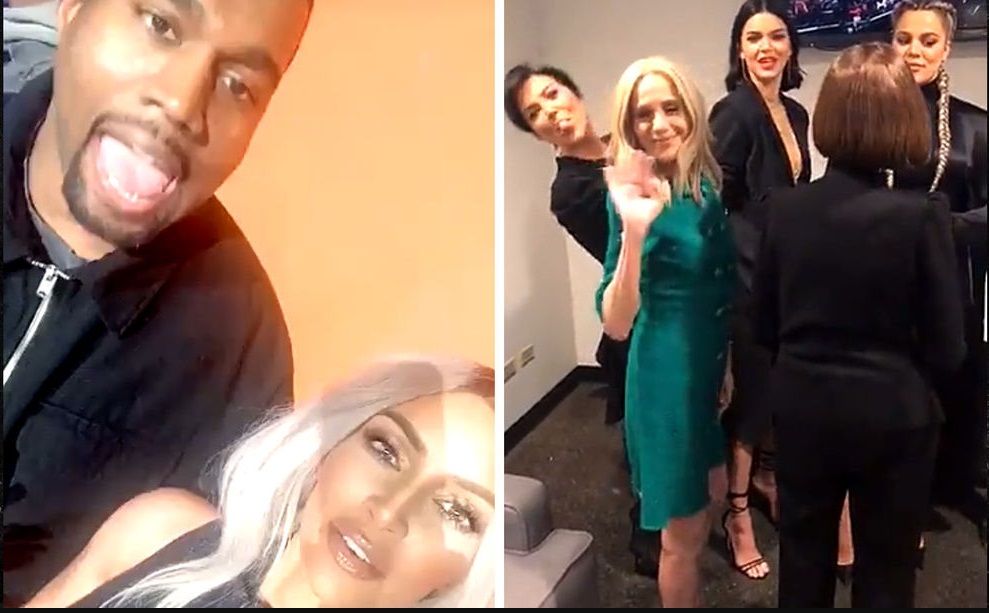 On Saturday afternoon, Kim took to Snapchat to surprise the world and an unknowing audience with the family’s presence on the popular game show.

Kim’s been posting behind-the-scenes footage of the family’s apparent upcoming appearance on “Family Feud” … and it looks like most of the gang’s there for the action, including Kris. No Kourtney spotted, and Kylie’s not there either … but that makes sense since she just had a baby.

Kim says the crowd doesn’t know who to expect before they take the stage, and the premise of this episode is Wests against Kardashians/Jenners … which should make for good TV.

Before the show, Kim said to the legion of social media fans, “So if you guys don’t know — Kanye and I are the biggest fans of Family Feud.

“Kanye said he’s waited his whole life for this moment. We’re playing against the Kardashian/Jenners verses the Wests.

Kim also added she was feeling good about the family face-off.

The mother of three said, “I have a really good feeling about this. We’re going to win.”